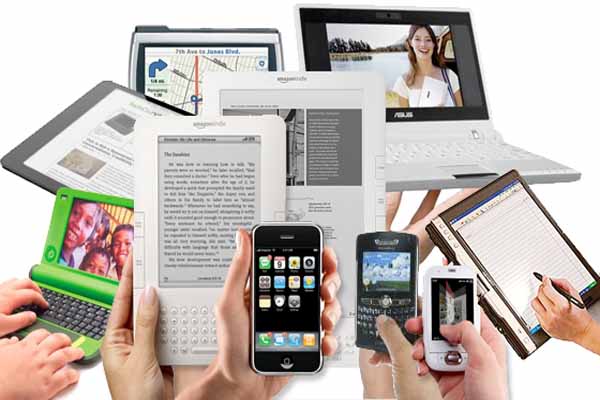 ANKARA (AA) – As the world struggles to find new forms of energy, one significant source of increased demand is online-access devices, whose numbers are rising exponentially. The consumption of energy worldwide is expected to increase by more than 40 percent by 2035, as estimated by Chevron, an American multinational energy corporation. And one significant source of that increased demand is online-access devices. By 2025, their total energy consumption is projected to exceed the current annual energy consumption of all of Russia, according to a report released this month by International Energy Agency. Heavy use of networked devices such as computers, set-top boxes and printers has made the total consumption a significant issue worldwide. Each person in the world, on average, had at least two electronic devices last year, the agency said. The total number of such devices is projected to rise to 50 billion in 2020 and 100 billion in 2030, the organization said. The energy agency reported that the amount of electricity currently consumed by online access devices in 2013 was 616 terawatt hours -- an amount equal to Germany’s annual electricity consumption. This consumption is expected to rise 6 percent every year. If no measures are taken to increase energy efficiency, the amount of electricity used by online-access devices could consume 1,140 terawatt hours in 2025, more than the current electricity demand of the entire country of Russia, the report stated. - “Smart phones and new generation TV’s consume less” Online-access devices, on standby mode while not in use, wasted 80 percent of their total energy consumption last year, and the waste could increase over the next decade, the report said. However, if new technology is developed, that waste could be decreased, according to the report. Smart phones, which use a little energy to maintain their network connections, and new generation televisions are the best examples of devices that consume less energy that previous models, the report said. Energy efficiency is the least costly and most plentiful form of new energy the world has available, and growing demand, geopolitical pressures, and more remote and challenging resources continue to change the global energy landscape, Chevron said. “If we adopt today’s best available technologies, we can minimize the cost that meets the demand as the use and benefits of connected devices grow," said Maria van der Hoeven, Executive Director of the International Energy Agency. "In fact, such devices could perform exactly the same tasks in standby while using around 65 percent less power. So, just as our lives are becoming smarter and more connected so too must our approach to energy efficiency."