Venerable Windows operating system will be available on July 29. 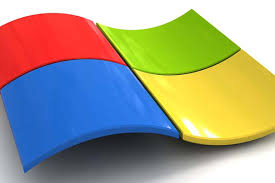 Microsoft has officially confirmed AMD’s previous leak  the next version of the venerable Windows operating system will be available on July 29. Microsoft plans to finalize the Windows code by the end of June before shipping it to hardware vendors. That leaves scant weeks for the company to finish the code.There’s no doubt that Microsoft’s teams are working overtime  the company has been rapid-firing releases out to its beta testers every few days  but there are real questions as to whether the OS we receive on July 29 will be anything like “ready” for prime time. Microsoft has already stated that Windows 10 won’t be delivered like a traditional Windows operating system.

Instead, the company will incorporate a software-as-a-service model that takes the old style Windows Update approach and streamlines it into a continuous cycle. Key components, like extension support for the Edge browser, won’t arrive until after the OS has shipped. (extreme tech)