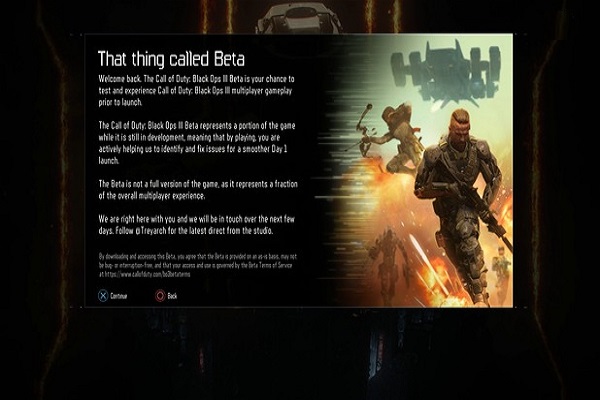 On PS4, the beta will begin on August 19 at 8am UK time through to August 23, and on Xbox One and PC from August 26 at 8am UK time through to August 30. Activision has said the beta will be 15GB on each platform. On PS4 specifically, the file size weighs in at 12.59GB. There are a few ways to gain access. Pre-ordering the game from participating stores will gain you a key to redeem on the official website. Meanwhile, pre-ordering the digital version of the game on PSN, Xbox Live or Steam will automatically give you access. Provided you've performed a successful pre-order, you can download and start playing the beta as soon as it's live. Otherwise, services such as O2 Priority are giving away access codes on a limited basis (http://www.digitalspy.co.uk)