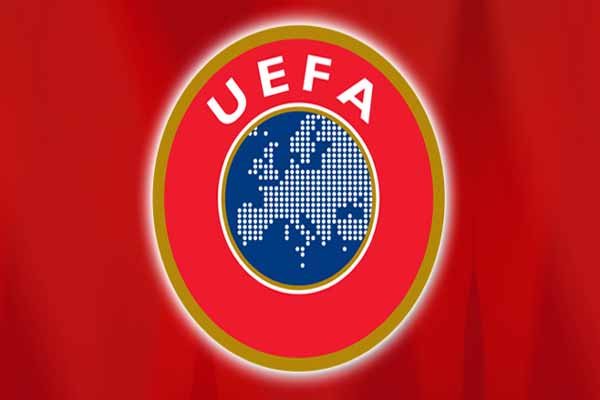 The decision was taken after months of tension between the two countries following Russia's annexation of Crimea and civil unrest in the Russian-speaking east of Ukraine.

"In light of the current political situation, the Russian Football Union and the Football Federation of Ukraine have expressed concerns about safety and security in the case of Russian and Ukrainian teams being drawn against each other in UEFA competition," UEFA said in an official statement.

"After evaluating the request and taking into account the safety and security situation in the region, the UEFA Emergency Panel has decided that Ukrainian and Russian teams cannot be drawn against each other until further notice".

As a result, Zenit Saint Petersburg and Dnipro Dnipropetrovsk will be prevented from being pitted together when the UEFA Champions League third qualifying round draw is made on 18 July.

"I wrote a letter to UEFA myself, asking that Russian and Ukrainian clubs should be kept apart," said Anatoly Vorobyov, the Russian Football Union`s Secretary General, speaking to the Russian journalists.

"Football is not politics and there is no need to use football as a political tool. As far as I am aware, those from the Ukrainian side are also in favour of teams from the two countries being kept apart."

The UEFA Emergency Panel has decided to allow UEFA club competition matches to be played in Dnipropetrovsk and Odessa, in addition to Kiev and Lviv, following an assessment of the security concerns in the country.

This affects Dnipro Dnipropetrovsk and Chornomorets Odessa, who are entering the third qualifying round of the UEFA Champions League and UEFA Europa League respectively.

After meeting on Wednesday the panel also decided to prevent any UEFA competition matches in Israel due to the "current security situation" meaning Israeli clubs must find alternative venues outside of the country for their home legs in the 2014/15 Champions League and Europa League.