To the delight of his many Turkish fans, Ozgul caught Mundi early in the opening round with an overhand right which sent the African visitor heavily to the canvas 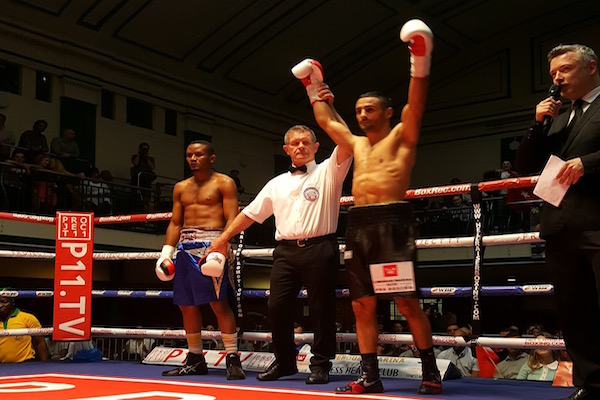 AVRUPA TIMES (LONDON)-Hackney resident and sensational unbeaten Turkish welterweight fighter, Siar 'The Lionheart Of Istanbul' Ozgul secured an impressive first round stoppage against highly rated Tanzanian, Saidi Mundi to take his record to 9-0. Ozgul received huge vocal support inside the York Hall which was emblazoned with many Turkish flags in his honour.

To the delight of his many Turkish fans, Ozgul caught Mundi early in the opening round with an overhand right which sent the African visitor heavily to the canvas. Mundi rose on unsteady legs, just about managing to beat the referee’s count and continued to fight on. Ozgul looked eager to finish things and came forward, cutting the ring space down and cornering his foe– another big right hand sent Mundi to the canvas with a perfect punch that caught him square, he again made the count but Ozgul could sense the stoppage. A final big right hook again sent Mundi to the canvas and referee Lee Cook immediately called the contest off with Mundi taking too much punishment. The stoppage came 2 minutes 20 seconds into the 1st round as Ozgul was a class above from the first bell and displayed a punch perfect performance.