defeating Athletic Bilbao 3-0 with goals by Higuain, Ozil and Cristiano Ronaldo, Real Madrid are the champions of the 2011/12 La Liga. 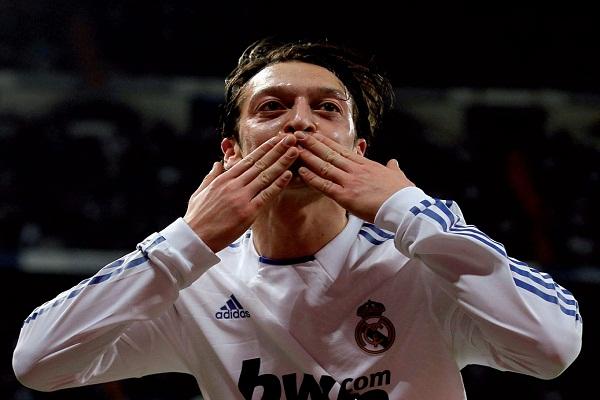 Real Madrid win their 32nd league title by defeating Athletic Bilbao 3-0 with goals by Higuain, Ozil and Cristiano Ronaldo. Real Madrid are the champions of the 2011/12 La Liga. The Whites won their 32nd league title with an amazing performance at San Mames, defeating Athletic Bilbao 3-0 and scoring a record number of goals in the championship. It is the team's second title in two years with Mourinho at the helm. Real Madrid continued to absolutely dominate the clash in the final minutes of the encounter. They had possession of the ball and let time go by in order to celebrate winning the league title as soon as possible. At the sound of the final whistle, the entire squad and coaching staff stormed the pitch and embraced in jubilation. Congratulations champs! (RealMadrid)