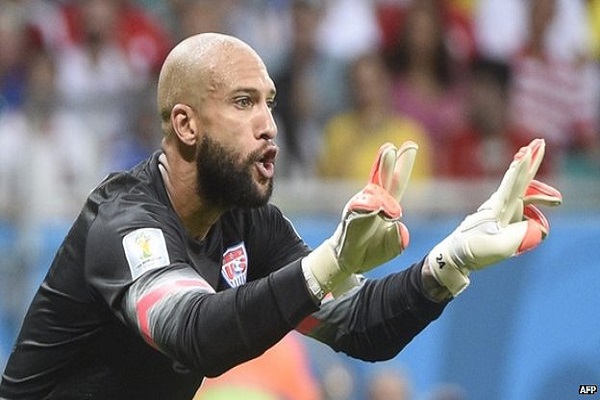 Everton and US goalkeeper Tim Howard needs no introduction to many football fans but his 16 saves on Tuesday, the most since World Cup records began, has suddenly made him a national hero.

American fans (and others) were quick to laud Howard's one-man defensive display.

Here's a selection of tweeted expressions of admiration.

1. @_camwba tweets: "Someone changed the US Secretary of Defence on Wikipedia to Tim Howard. Fantastic. "