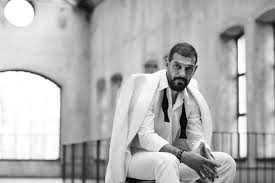 When the search began for a replacement for Sam Allardyce, the Hammers' board set a list of criteria. High on that list was playing the West Ham way, understanding the club and its fans, taking the Hammers to the next level, and a willingness to give youth players a chance.So does former Hammers defender Bilic, who was appointed on Tuesday, tick the boxes? BBC Sport takes a look.

Slaven Bilic masterminded Croatia's victory over England in a Euro 2008 qualifier at Wembley in 2007. For many fans in England, their first encounter with Bilic the manager came in November 2007.(BBC Sport)

In charge of the Croatia national team, Bilic oversaw a 3-2 win against England at Wembley that ended the Three Lions's hopes of reaching Euro 2008 and, ultimately, Steve McClaren's time as manager.