The win of the Athletic Bilbao players 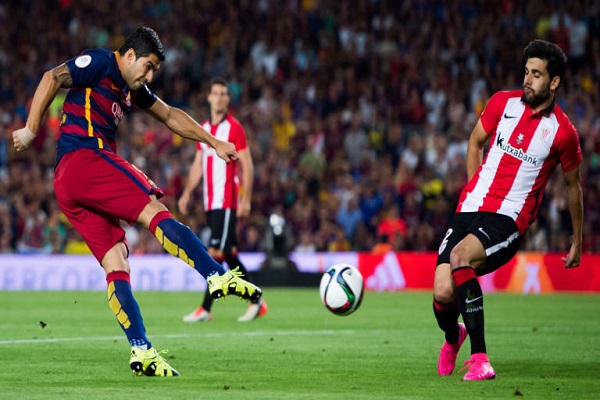 Luis Enrique’s side were bidding to overturn a 4-0 first leg deficit, but failed to reduce Bilbao’s commanding lead until a minute before half-time. Lionel Messi gave the home side hope of staging a stunning comeback when he netted prior to the interval. But the dismissal of defender Gerard Pique early in the second half all but ended their hopes of completing a turnaround. Bilbao made their numerical advantage count and drew level 15 minutes from time through forward Aritz Aduriz. The late dismissal of substitute Kike Sola did nothing to stop Bilbao claiming their first Super Cup since 1984. Bilbao came into the match on the back of Friday’s stunning 4-0 first leg victory. A brilliant strike from midfielder Mikel San Jose and a second half hat-trick from Aduriz put Bilbao in a commanding position ahead of the second leg. (http://www.skysports.com)