The portents are promising for Chelsea and ominous for their rivals, 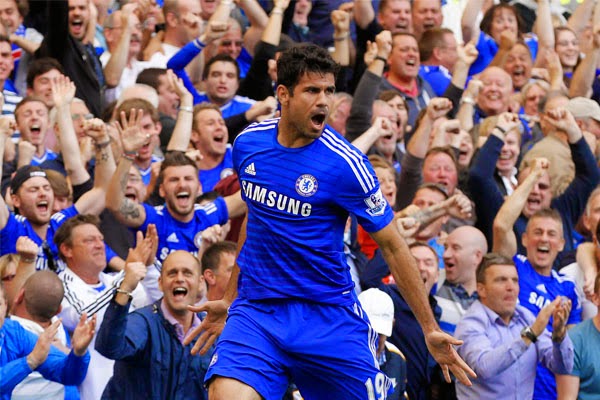 It was, in short, a much happier experience for José Mourinho than 12 months ago when his Chelsea side were beaten 3-2 here and the Portuguese departed bemoaning their failure to “kill the game”. Fàbregas’ corner had set up Terry’s opener to take his tally of assists for the season to 12 – Thierry Henry’s Premier League record of 20 in a single campaign looks to be under serious threat – and the Spaniard ensured there would be no slip-up this time when his mishit shot found its way into the bottom corner.

The portents are promising for Chelsea and ominous for their rivals. This is the fourth time that Chelsea have enjoyed the view from the top of the Premier League come Christmas Day and on each of the previous occasions they have gone on to win the title. John Terry’s header after only 95 seconds, followed by a second-half goal from Cesc Fàbregas, secured their place at the summit and restored their three-point advantage over Manchester City.

The performance, as well as the result, reinforced the impression that Chelsea possess all the qualities to stay the course. Diego Costa could afford to have an off night on an evening when Fàbregas showed some lovely touches in midfield, Eden Hazard stood up to Phil Bardsley’s early attempts to rough him up and Nemanja Matic was the outstanding player on the pitch.

It was hard not to contrast Chelsea’s commanding display with the way Arsenal imploded here this month. With Matic a formidable presence in front of the resolute central-defensive partnership of Terry and Gary Cahill, Stoke were restricted to few goalscoring opportunities while at the other end of the pitch Chelsea looked threatening whenever they attacked. For Mourinho, it was a highly satisfactory night’s work.Terry was not getting carried away when he described Matic as a “revelation” this season.