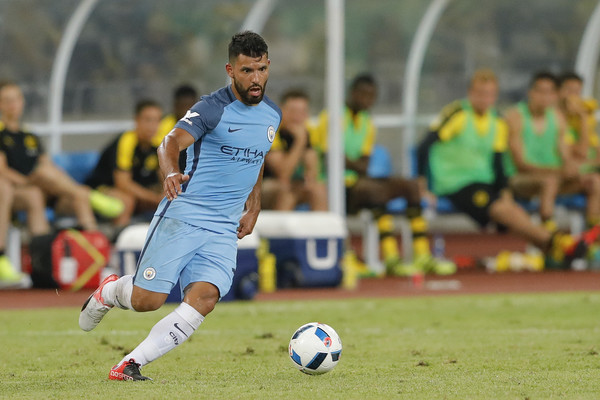 Aguero, 28, was sent off for a high and late challenge on Chelsea defender David Luiz in Saturday's 3-1 home loss.

The Argentina forward's previous dismissal was in August, when he received a retrospective red card for a challenge on West Ham's Winston Reid.

He will miss City's games against Leicester, Watford, Arsenal and Hull.

City's Fernandinho was also sent off after he clashed with Cesc Fabregas in the scuffle that followed Aguero's lunge, and the midfielder will serve a three-match ban.