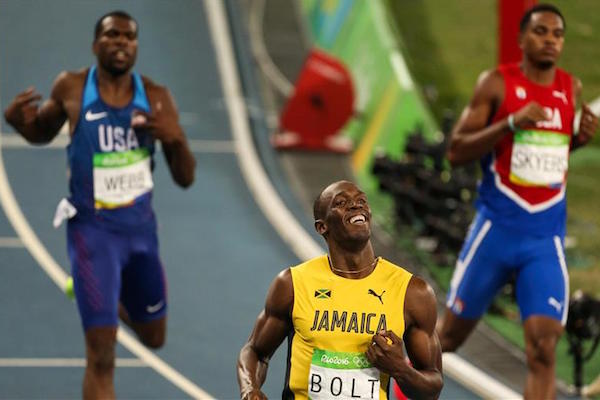 NEW YORK-Brazil and Germany are set to face off in the men’s football final of the Olympics following semifinal victories Tuesday, setting the stage for a rematch after the historic 2014 World Cup semifinals game.

The match Saturday will pit the Germans against hosts Brazil once again in the latter’s home turf, two years after the European powerhouse blew past the world-renowned football-loving nation by scoring five unanswered goals in the first half and causing Brazilian fans and players cry in disbelief and despair following a 7-1 result.

Germany bested Nigeria 2-0 on Tuesday as Brazil thrashed Honduras 6-0, with Neymar scoring two goals that included the fastest in Olympic competition at just 14 seconds from the opening whistle.

Tony Parker and Manu Ginobili, two international stars of the NBA’s San Antonio Spurs, ended their international careers on a losing note as France lost to Spain 92-67 and Argentina fell to the USA team 105-78 in the men’s basketball quarterfinals.

Both four-time NBA champions with the Spurs, the duo displayed some of the finest team basketball over a decade and a half of playing together under legendary coach Gregg Popovich.

France’s only medal in Olympic completion came by way of a silver at the 2002 Games in Sydney, while Argentina denied the US a shot at the gold medal at 2004 Greece Games by defeating the powerhouse Americans 89-81 in the semifinals.

After winning the 100m Saturday, Elaine Thompson of Jamaica went out and won the 200m gold to complete the double, with Dutch sprinter Dafne Schippers taking silver and American Tori Bowie settling for bronze.

Justin Gatlin of the U.S. failed to qualify for the men’s 200m final after winning a silver medal behind Usain Bolt in the 100m on Monday.

Bolt easily won his semifinal heat and will run Thursday for a chance to win his eight Olympic gold medal to achieve a third consecutive 100m-200m double.

Conseslus Kipruto’s win in the steeplechase extended Kenya dominance in the event dating to the Los Angeles Games in 1984. Evan Jager of the U.S. earner silver and Ezekiel Kemboi, also of Kenya, won bronze.

China has once again won every gold in the table tennis competition after its men beat Japan 3-1, with Germany winning bronze. It is the third straight time China has accomplished the feat at the Olympics.

International Olympic Committee executive Patrick Hickey was taken to the hospital Wednesday as Brazilian police showed up to arrest him on charges of scalping tickets for the Games.

Authorities have recovered close to 1,000 tickets they say Hickey and at least six others planned to sell illegally at exorbitant prices.

Hickey is the head of the Irish Olympic Council and the European Olympic Committee, and has temporarily stepped down from all his Olympic roles, according to a statement from the Olympic Council of Ireland. Another Irish executive was arrested last week in the probe.

A judge ordered the seizure of passports from Ryan Lochte and James Feigen as officials investigate allegations claims the American swimmers were robbed at gunpoint last weekend.

But Lochte had already arrived back in the U.S. Tuesday night.

Authorities have said they have been unable to find evidence of the crime and the pair have not been able to provide key information.

Swimmers Jack Conger and Gunnar Bentz were removed from their return flight from Rio to the U.S. amid the probe.

NBC Sports released details of an interview with Lochte upon his return to the U.S. It said Lochte stuck to his story, but tweaked a crucial detail saying that one of the robbers did not put the gun to his forehead but “pointed the gun in my direction”.