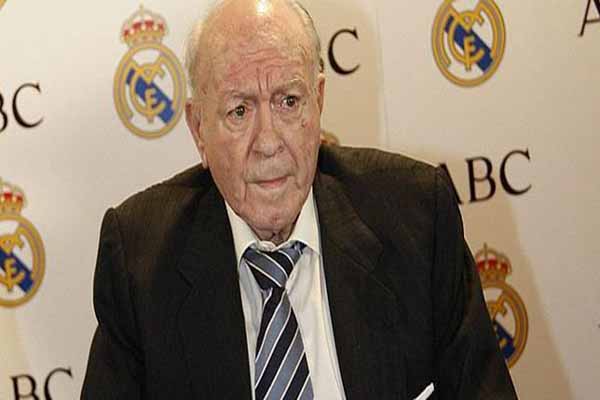 Spanish La Liga giants Real Madrid's former player and honorary president Alfredo Di Stefano was taken to hospital after suffering a heart attack Saturday, according to Spanish media reports. Spanish media reported that 88-year-old Di Stefano was in a critical condition following suffering the attack in a street near Real Madrid's home ground Santiago Bernabeu Stadium. Regarded as one of the key players of Real Madrid during 1950s when 'Los Blancos' were dominating domestic and European challenges, former Argentine-Spanish footballer and coach Di Stefano has been made the club's honorary president in 2000.