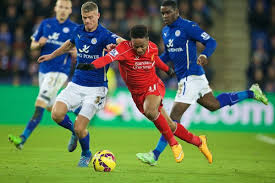 The 20 year old forward received the accolade 24 hours after it emerged that he will ask to leave to club but while some fans jeered, others shouted stay, Raheem. The England international is expected to tell manager Brendan Rodgers and chief executive Ian Ayre on Friday that he wants to leave Anfield this summer.

Speaking at the event, Rodgers said it had been a difficult, trying season. Liverpool will finish outside the top four in the Premier League and therefore miss out on a place in next season's Champions League, while Rodgers is first Reds boss to fail to win a trophy in his first three seasons since the 1950s.

He added: "A number of distractions that we couldn't have planned for have made it difficult, but the players have given everything.

Brazilian midfielder Philippe Coutinho, 22, was voted Player of the Season. Sterling rejected a new £100,000 a week contract in April but denied being a money-grabber in an exclusive interview with BBC Sport which was not authorised by his club.