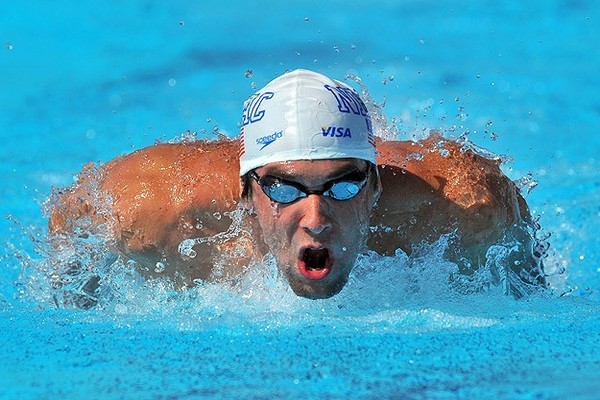 Michael Phelps on Thursday became the first Olympic swimmer to win four consecutive gold medals in the same event with a victory in the 200m individual medley on Day 6 of the Rio Olympics.

The 1:54.66 performance brought the 31-year-old’s record-extending 22nd gold medal and marked the fourth time in Rio that he stood atop the podium. Kosuke Hagino of Japan won the silver and China’s Wang Shun took the bronze as Ryan Lochte, current world record holder at the event, finished fifth.

Meanwhile, Simone Biles of the U.S. did what the world expected her to do: win the women’s individual all-around gymnastics competition.

Biles, 19, finished with a score of 62.189, registering the highest scores on the floor, beam and vault.

A desperation three-point attempt by Lindsey Harding with the clock ticking to zero missed the basket as Turkey edged Belarus 74-71. Nevriye Yilmaz led the Turks in scoring with 26 points. Lara Sanders added 22 points with 11 rebounds.

Germany’s men’s and women’s quad skulls rowing teams each took gold medals in their respective races. The men’s team beat out Poland by more than one minute with Austria in third. The women beat the Netherlands and Poland.