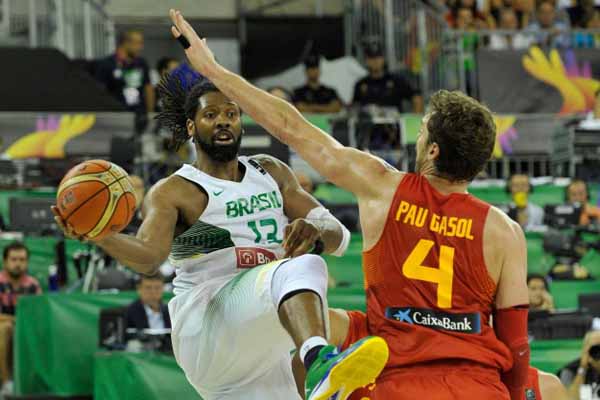 Spanish center Pau Gasol helped his country ease past Brazil 82-63 in their Group A game in the FIBA Basketball World Cup on Monday night.  Gasol netted 26 points for the host nation and made nine rebounds, while his teammate Sergio Rodriquez -- playing as guard -- added another 12 point to the tally.  From the first quarter to the last, Spain kept a steady lead over Brazil, closing out the game comfortably. Brazil did attempt a fightback in the second quarter when they narrowed the gap to 45-32 but ultimately playmaker guard Leandro Barbosa's 11 points and power forward Anderson Varejao's 10 points were not enough to break Spain's dominance.   Monday's results are as follows:

On Tuesday 6 games will be played. Turkey will meet Ukraine. The game in Bilbao tips off at 14.00 GMT. Meanwhile USA are going to play against New Zealand in Bilbao as well. The game between two sides tips off at 16.30 GMT.

Tuesday's fixtures are as follows: