Olympic Flame and One Hackney Festival

Thousands wowed by Olympic Flame and One Hackney Festival 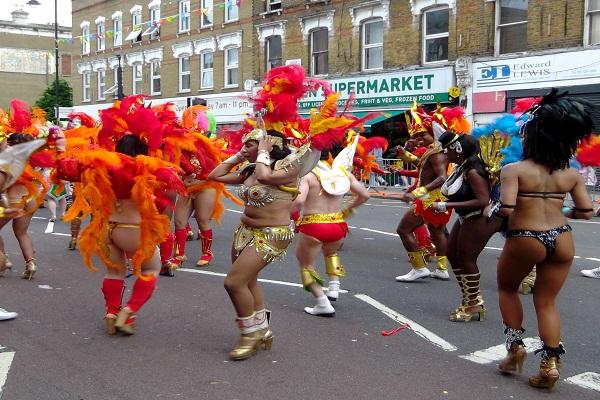 The streets of Hackney were lined with thousands of people who came out in force to cheer the Olympic flame as it moves ever closer to the Olympic Stadium.

Four hundred carnival performers from Rio joined local groups to light up the streets, building ties between London and the 2016 hosts. The carnival – the biggest Hackney has even seen - formed part of the One Hackney Festival, which saw a range of events across Hackney along the Olympic Flame route.

“The 2012 Olympic Games have well and truly arrived. Hackney welcomed the torch in style and thousands of people turned out to watch the torch parade and the spectacular One Hackney Festival.

“Saturday was the first full day for the torch in London, and the moment when London 2012 came together with Rio 2016, with Hackney performers and Brazillians joining to delight the crowds.

“It was a truly fantastic day for Hackney and there was huge excitement across the borough as the countdown to the greatest show on earth continues.”

Rapper Dizzee Rascal handed the torch over from Tower Hamlets to Hackney, and a host of inspirational Hackney residents carried the torch across the borough.

They included Takashi Bailey, 24, who helps to run sports and creative activities for young people at Wilton Estate youth club, where he lives. Last year he took his sports programme to the Gambia, and he plans to make interenational community sports links.

Alpha Kamara, 18, has severe disabilities, including learning difficulties, but doesn’t let this stop him from keeping fit, and he won a gold medal in the 100m in the London Youth Games. Sean Glendinning, 16, swam across the Channel in a relay with six other young people when he was just 12. He also won two cycling gold medals in the London Youth Games, but gave that up to focus on rugby. He trains with Saracens.

Jonty Wareing, 28, started London Hackspace, a Shoreditch-based social enterprise in a room under a pub in 2009. Designed as a big communal shed where people of all ages and background can share skills, work on projects and learn from each other, it now has 300 members and a huge workshop.

Olive Lycett, 40, is a project manager and coordinator of the Olympics volunteering project, Inspirations 32. She is a British Sign Language user and has worked hard to ensure that volunteers, and indeed the wider deaf community, can access the Games in the same way others can.

One of the busiest areas was Dalston’s Gillett Square, which hosted a jam-packed afternoon of free live music and dance. Dance Nations Dalston, produced by the Barbican, included dance workshops, drumming from east London communities and performances from Rio.

Along Regent’s Canal, the Shoreditch Festival featured live music, entertainment and crafts, boats and floats. Hackney Central played host to a village fete and a stage outside the Town Hall, which featured local musicians, dancers and comedians.