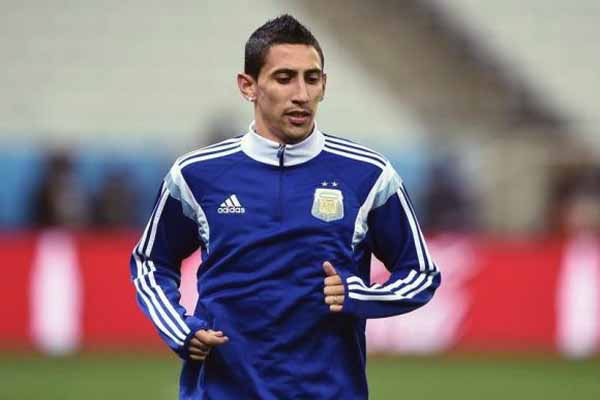 British newspapers said a move for the 26-year-old is likely to cost more than the 50 million pounds Chelsea paid Liverpool for Spain striker Fernando Torres in 2011. Di Maria cost Real 20 million pounds from Benfica in 2010 and he was a key part of the team that won the club's 10th European Cup last term but he has since fallen out of favour and was omitted from the squad for the Spanish Super Cup this week. The Argentine, who looked strong in pre-season after suffering a thigh injury in the World Cup quarter-finals which forced him out of the tournament, has turned down a new deal at the Bernabeu having been linked with the Premier League. "Di Maria asked to leave this summer and rejected the option to renew,” Real manager Ancelotti said on Thursday. “We'll look for the best option for him and if at the end of August he is still here then he will work with us like last season.”

The Daily Mail reported that Di Maria had already spoken with United manager Louis van Gaal about his likely role and said he was expected to be given the iconic number seven shirt worn by George Best, Eric Cantona and David Beckham. United declined to comment on the reports.