Monday's 0 0 draw at home to Chelsea means United have now failed to win in eight games in all competitions. 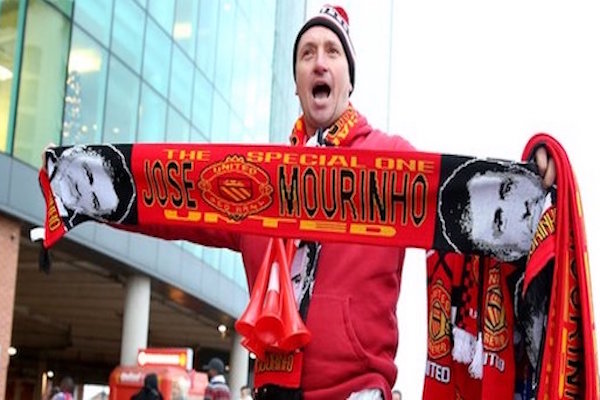 It has been a testing few days for Van Gaal, who has been in charge of United since July 2014. The 64-year-old Dutchman walked out of a news conference before Christmas after criticising the media for speculating about his position. Then his team lost 2-0 at Stoke, increasing speculation he could be sacked and replaced by Jose Mourinho, who was axed by Chelsea on 17 December. Before Monday's game against the Blues, United scarves bearing the name of Mourinho were being sold outside Old Trafford.

Despite the conjecture about his future, Van Gaal is confident he has the support of both the players and the club's board.

However, with United sixth and bottom of the Premier League form table, Van Gaal accepts he is not immune from the sack.

"In this crazy football world, it can happen every day and also with me," he said. "When it happens to Jose Mourinho, then it can happen with me."

'Put up a great fight'

Juan Mata and Anthony Martial both hit the woodwork, while Rooney himself missed a chance to grab a win late on.

"We created a lot of chances," said Rooney. "We didn't manage to take one, but I thought we played some great stuff.

"We're going through a tough time but we've all stuck together and put up a great fight. It's a disappointing result as we dominated the game."

United face Swansea at Old Trafford on Saturday before hosting Sheffield United in the third round of the FA Cup.