Manchester’s interim mayor has demanded an inquiry to find out why a fake bomb forgotten in a toilet caused the evacuation of 75,000 football fans. 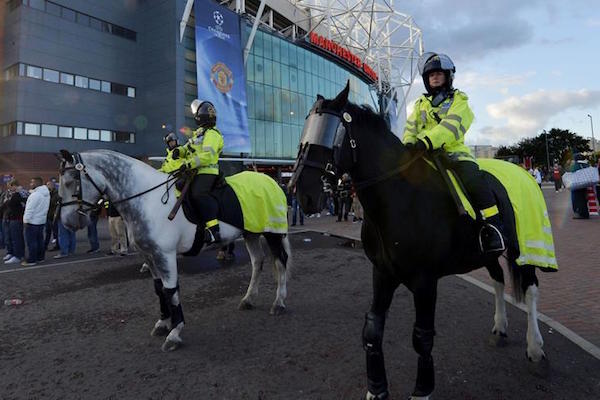 LONDON (AVRUPA TIMES)-Manchester’s interim mayor has demanded an inquiry to find out why a fake bomb forgotten in a toilet caused the evacuation of 75,000 football fans. Manchester United’s Old Trafford ground was emptied when the device was discovered just minutes before the club’s game against Bournemouth on Sunday afternoon.

The Premier League fixture -- the final match of the season -- was abandoned, but it was subsequently discovered the "bomb" was a training device left by a private security firm.

Police said they took the decision to evacuate after experts determined it was an "incredibly realistic-looking explosive device".

The device, thought to be a pipe connected to a mobile phone, was destroyed in a controlled explosion.

Greater Manchester Police Assistant Chief Constable John O’Hare said: "Following today’s controlled explosion, we have since found out that the item was a training device which had accidentally been left by a private company following a training exercise involving explosive search dogs.

"Whilst this item did not turn out to be a viable explosive, on appearance this device was as real as could be, and the decision to evacuate the stadium was the right thing to do, until we could be sure that people were not at risk."

He said in a statement: "This fiasco caused massive inconvenience to supporters who had come from far and wide to watch the match, wasted the time of huge numbers of police officers and the army’s bomb squad, and unnecessarily put people in danger, as evacuating tens of thousands of people from a football stadium is not without risk.

"Whilst this in no way demeans the professionalism of the police and stewards responsible for getting the fans out, or the supporters’ calmness and cooperation during the evacuation, it is unacceptable that it happened in the first place."

The Manchester United-Bournemouth game became the first match in Premier League history to be abandoned following a security alert. It will now be played Tuesday night.