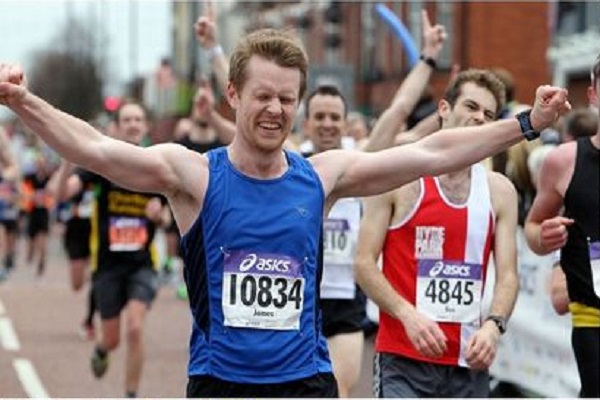 Thousands of runners have taken part in the annual Manchester Marathon - with everyone from elite runners to first-timers cheered over the line.

The race, which goes through Altrincham, Sale and Urmston, saw just under 8,000 take part - with thousands more lining the route to cheer them on.

Runners started at the White City roundabout in Old Trafford - finishing outside Manchester United's stadium, where families gathered to celebrate.

The race was won by elite runner Paul Martelletti, 35, from London, who crossed the line in two hours, 17 minutes - just over the marathon’s fastest ever time of two hours, 11 minutes.

Also victorious was women’s winner Georgie Bruinvels, 26, who incredibly had never run a marathon before.