Liverpool three points off second placed Basel in Group B 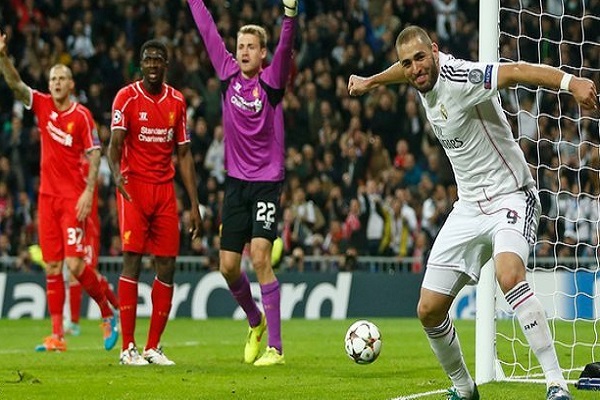 A much-changed Liverpool fought hard but came up short against Real Madrid as Karim Benzema scored the only goal in their Champions League match.

The Frenchman turned in Marcelo's low cross after Simon Mignolet had done well to keep out efforts from Cristiano Ronaldo and James Rodriguez.

But Real remained in control and Steven Gerrard and Raheem Sterling's arrival off the bench could not turn the tide.

Despite the slimmer margin of victory, the game petered out in a similarly low-key style to when Real enjoyed a 3-0 win in the reverse fixture at Anfield a fortnight ago.

In possibly the biggest gamble of his managerial career, Brendan Rodgers made seven changes to the starting XI that lost to Newcastle at the weekend, with Mario Balotelli and Jordan Henderson joining Gerrard and Sterling on the bench.