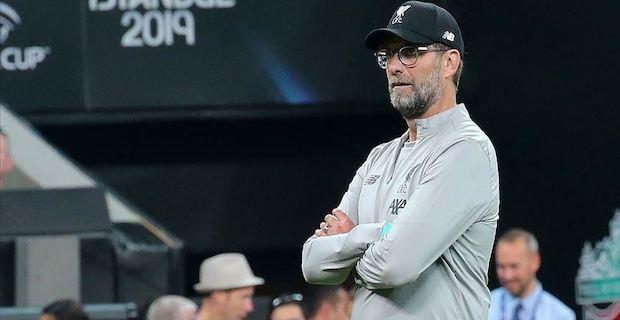 Liverpool manager Jurgen Klopp signed a new contract on Friday with the English football club to head the team until 2024. The English club announced the news in a statement on Friday.

"Liverpool Football Club are delighted to announce Jurgen Klopp has agreed a contract extension with the club. The manager will extend his Reds tenure until 2024, ensuring he will remain at the helm for a further four-and-a-half years," it said.

"The deal comes after four hugely successful years in charge of Liverpool for the 52-year-old and will ensure the long-term foundations for the team’s -- and indeed club’s -- development will continue well into the next decade," the club said.

They are currently leading the Premier League with an 8-point lead.

"When I see the development of the club and the collaborative work that continues to take place, I feel my contribution can only grow," Klopp said after signing the new deal.

"This club is in such a good place, I couldn’t contemplate leaving," he added.

Keywords:
Liverpool ManagerJurgen Klopp
Your comment has been forwarded to the administrator for approval.×
Warning! Will constitute a criminal offense, illegal, threatening, offensive, insulting and swearing, derogatory, defamatory, vulgar, pornographic, indecent, personality rights, damaging or similar nature in the nature of all kinds of financial content, legal, criminal and administrative responsibility for the content of the sender member / members are belong.
Related News