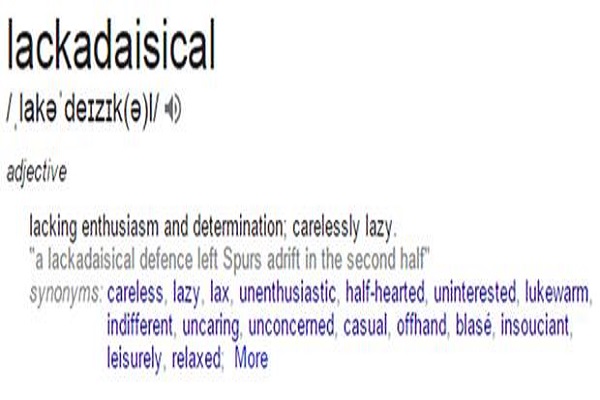 The world’s most popular search engine, Google, will incur the wrath of Tottenham Hotspur fans everywhere with the team a punch line for a dictionary definition.

If one was to search the word 'lackadaisical' lin the search bar, a dictionary definition reads: 'lacking enthusiasm and determination; carelessly lazy'.

All pretty standard fare, but just below it has the term as it would be used in a sentence. It states: "a lackadaisical defence left Spurs adrift in the second half".

The entry isn't the fault of Google, however. They get their definitions direct from Oxford Dictionaries, published by Oxford University Press.

The first edition was published in 1888, a seco