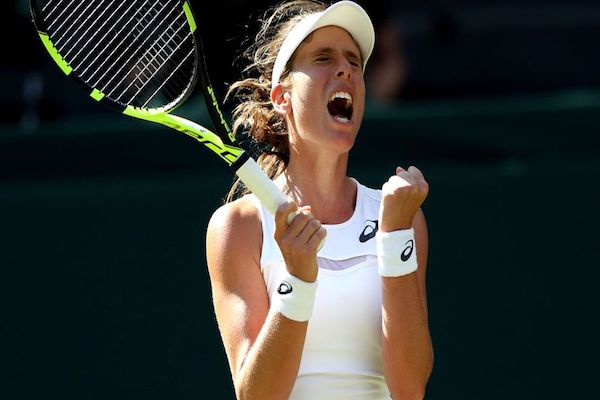 Avrupa/London - Johanna Konta was still at primary school when she set her heart on becoming the best tennis player in the world.Konta, now the world number seven, admits she was "pretty serious" about her tennis from the age of nine, and her sleep-deprived father would no doubt agree. His daughter used to drag him out of bed at five in the morning to go for a run.And her work ethic and attention to detail have been apparent to everyone she has come into contact with."If she has a routine to follow, she will follow it to the letter. It's almost robotic, but actually a huge strength," says Judy Murray, a former captain of Britain's Fed Cup team.

And, according to Pete McCraw - Tennis Australia's national women's coach when Konta was based in Sydney - she had a willingness to separate herself from her peers and was comfortable standing out from the crowd.

The dedication and sacrifices have paid huge dividends in the past 12 months as Konta has won WTA titles in Los Angeles,Sydney and Miami.

The 26-year-old, who has become one of Britain's most successful athletes, is now a Wimbledon semi-finalist.

The first British woman to reach that stage since Virginia Wade in 1978, she faces American 10th seed Venus Williams on Thursday.