Guys Hiddink will be Chelsea manager

Guus Hiddink is in talks with Chelsea 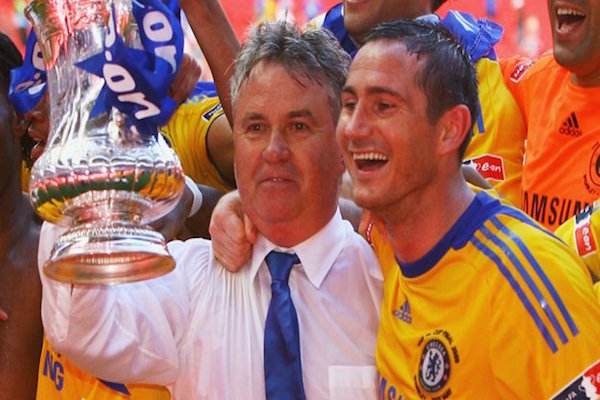 Guus Hiddink is in talks with Chelsea about becoming Jose Mourinho's successor, BBC Sport has learned. The 69-year-old Dutchman is currently at a London hotel holding discussions with Blues officials. Hiddink, who has already had one spell as Chelsea boss, is yet to sign a contract but is set to become manager on an interim basis. The Blues are currently 16th in the Premier League table, just one point above the relegation zone. Mourinho was sacked as manager on Thursday, just seven months after guiding Chelsea to the Premier League title. BBC Sport/By David Ornstein