Besiktas is next scheduled to play against the Albanian team on Nov. 26 in Istanbul. 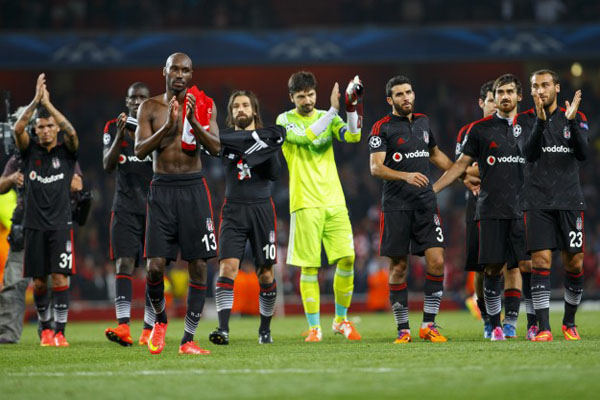 Avrupa Times Sport-Turkish club Besiktas drew 1-1 in a home game with Russian opponents Lokomotiv Moscow in their fourth UEFA Europa League Group stage game at Ataturk Olympic Stadium in Istanbul on Thursday.Forward Ricardo Quaresma put Besiktas ahead in the 58th minute, but Lokomotiv Moscow's Baye Oumar Niasse equalized the game 16 minutes later.The Istanbul club had drawn against the Russian team in the previous game, while defeating Albania's Skenderbeu 1-0 in its first group H match, and drawing against Portugal's Sporting Lisbon in the second.

Sporting Lisbon is playing against Skenderbeu in the other Group H game tonight.

Besiktas is next scheduled to play against the Albanian team on Nov. 26 in Istanbul.