Get over snubbed Real Madrid kid Jack Harper, I am out to fill his boots for Scotland Under 19s

The latest news about the football player Jack Harper 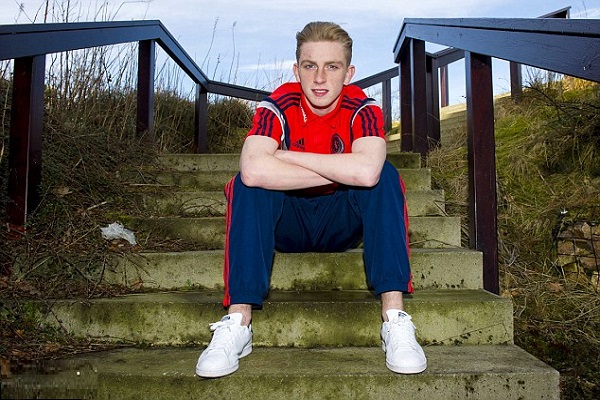 Chester City striker Oliver McBurnie has vowed to prove Scotland's Under 19s don't need Real Madrid superkid Jack Harper by firing Ricky Sbragia's youngsters to a winning start in their UEFA Elite Round against hosts Austria on Thursday. Sbragia's decision to omit the promising Bernabeu talent for the tournament has caused uproar, mixed with bemusement, after the former Sunderland boss' comments about Harper not being physically strong enough. Harper's replacement does not have Zinedine Zidane as a coach or the luxury of a five-year deal with Real. In fact, McBurnie is currently on loan from Bradford City at Football Conference mid-table outfit Chester City. (www.dailymail.co.uk)