Galatasaray in the Ziraat Cup Final! 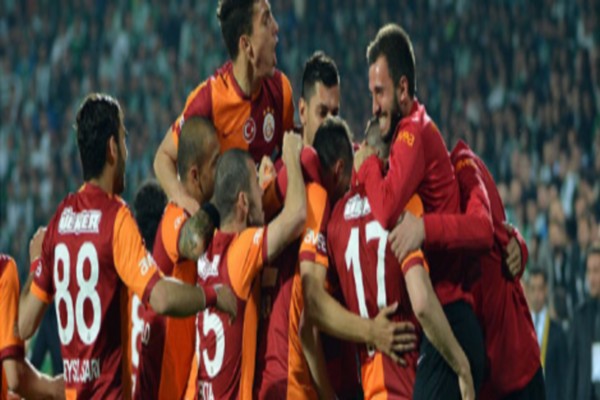 Galatasaray defeated and eliminated Bursaspor by three goals with a score of 5 over 2 on Wednesday evening, April 16 at the Bursa Ataturk Stadium in the second leg of the Ziraat Turkey Cup semifinals.

The first two goals of the game were scored by Ferdinandao for the home team in minute 28 and 33 respectively.

During the last minute of the match Wesley Sneijder scored following a pass by Yekta Kurtuluş towards the penalty box.

After the halftime Galatasaray earned a penalty kick to be turned into a goal by Selçuk İnan in minute 50. Three minutes later when Veysel Sarı missed the goal when he aimed from the right, Burak Yılmaz grabbed it to score.

In minute 68 Burak Yılmaz scored once again after a pass and run between him and Sabri Sarıoğlu following Sneijder’s pass. Immediately after, Felipe Melo turned a penalty kick into the fifth goal for the Yellow-Reds.

Galatasaray will play the final in the Ziraat Cup tournament with the winner of Medical Park Antalya and Eskişehir tie.

On Saturday, April 19 in the thirtieth the Spor Toto Super League, Galatasaray hosts Kasımpaşa at the ASY Sports Complex TT Arena at 7PM.