France is to extend the state of emergency established after the Paris attacks to beyond this summer’s Euro 2016 football tournament and Tour de France cycle race, Prime Minister Manuel Valls said Wednesday 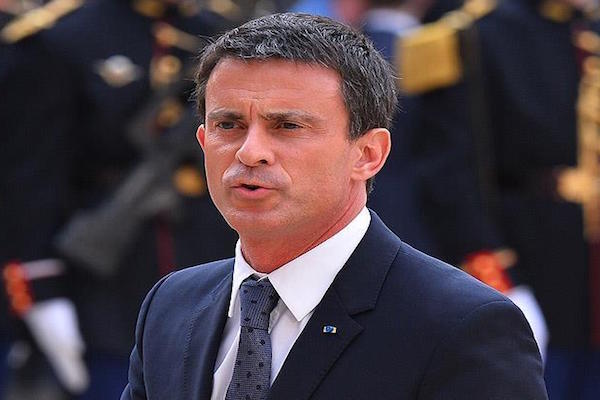 PARIS (AVRUPA TIMES)-France is to extend the state of emergency established after the Paris attacks to beyond this summer’s Euro 2016 football tournament and Tour de France cycle race, Prime Minister Manuel Valls said Wednesday. In an interview on France Info radio, he said the powers - due to expire on May 26 - would be extended for two months, the third such extension since the November terror attacks on the capital.

The prime minister said the state of emergency “cannot be permanent” but had been prolonged due to the sporting events.

Euro 2016 runs from June 10 to July 10 in cities across France. Around 2.5 million spectators from 24 competing nations are expected to flock to the matches, with the opening and closing games to be held at the Stade de France in Paris, which was a target of the Nov. 13 attacks that killed 130.

The Tour de France takes place from July 2 to 24.

The extra powers allow police to conduct searches without warrants, ban mass public gatherings and place people under house arrest without judicial approval. They were passed within hours of the Paris attacks and extended for three months in the week after the attacks and again in February. Each time civil rights groups have raised concerns.

The extension will need to be approved by the parliament.