Former Spain star Villa to retire at end of season 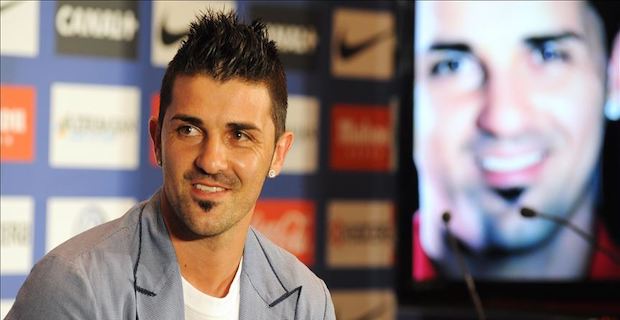 Former Spain forward David Villa, 37, will retire from football at end of this season, the player said on Wednesday. "After 19 years as a professional, I have decided to retire from playing football at the end of this season," the EURO 2008 and 2010 FIFA World Cup winner said in a tweet.  "Thank you to all the teams, coaches and teammates that have allowed me to enjoy this dreamed career. Thank you to my family that has always been there to support me," Villa added.

Villa played for several Spanish clubs such as Real Zaragoza, Valencia, Barcelona and Atletico Madrid as well as the Spanish national team.

He has been playing for Japanese football club Vissel Kobe since this January.

Villa became the Spanish champion thrice -- twice with Barcelona in 2011 and 2013.

The Spanish football veteran also won the UEFA Champions League in 2011, while he was a Barcelona player.

Keywords:
2010 FIFA World CupDavid Villa
Your comment has been forwarded to the administrator for approval.×
Warning! Will constitute a criminal offense, illegal, threatening, offensive, insulting and swearing, derogatory, defamatory, vulgar, pornographic, indecent, personality rights, damaging or similar nature in the nature of all kinds of financial content, legal, criminal and administrative responsibility for the content of the sender member / members are belong.
Related News