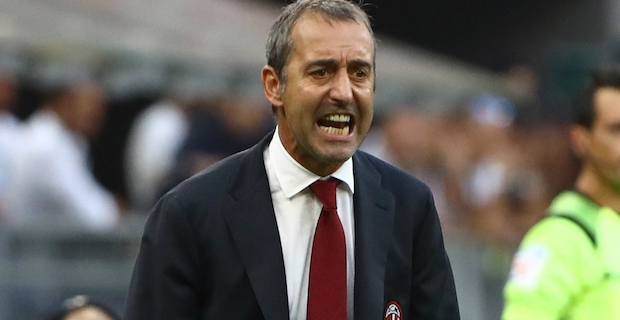 Italian football club Milan sacked Italian manager Marco Giampaolo after the club's nightmare start to the 2019/2020 season in Serie A. “AC Milan announces it has relieved Mr. Marco Giampaolo from his position as coach of the First Team. The Club is grateful to Marco for the work carried out and wishes him all the best to come in his professional career,” the club said in a statement on their website late Tuesday.

Milan stood at the 13th place with 9 points.

They are 10 points behind the leaders Juventus in Serie A at the end of the seventh week.

The club had three loses in last four games in the league under the helm of the 52-year-old manager.

Keywords:
Marco Giampaolo
Your comment has been forwarded to the administrator for approval.×
Warning! Will constitute a criminal offense, illegal, threatening, offensive, insulting and swearing, derogatory, defamatory, vulgar, pornographic, indecent, personality rights, damaging or similar nature in the nature of all kinds of financial content, legal, criminal and administrative responsibility for the content of the sender member / members are belong.
Related News