The title marked the fourth in the last eight years for Fenerbahce and the seventh overall. 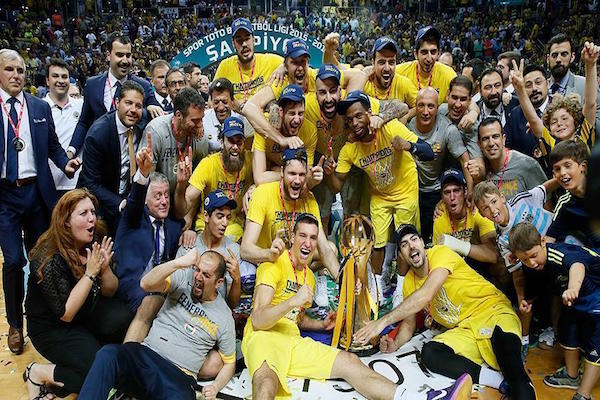 AVRUPA TIMES/ ANKARA-Fenerbahce have beaten Anadolu Efes 91-70 in the Turkish Spor Toto Basketball playoff finals, claiming the series 4-2 and thus the 2015-16 season championship. For Fenerbahce, center Ekpe Udoh played an all-around game with 13 points, 10 rebounds and 6 assists while Luigi Datome scored a game-high 20 points. Jon Diebler's 18 points and Cedi Osman's 14 points were not enough for the losing side Anadolu Efes.

The title marked the fourth in the last eight years for Fenerbahce and the seventh overall.