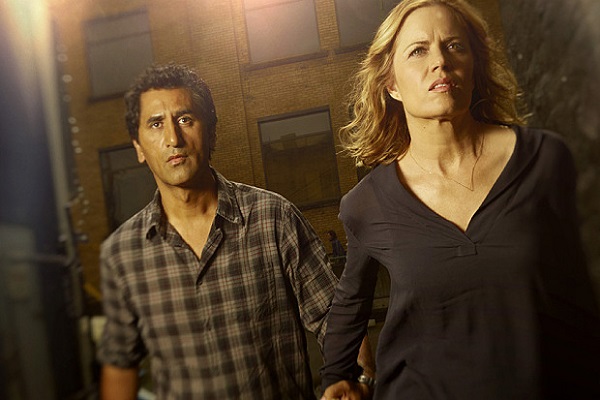 At the end of the very first episode of Fear the Walking Dead, two characters were confronted by the reanimated corpse of a young man they used to know. His eyes were glassy and staring; his skin ripped from his jaw, exposing the muscle, bone and tooth sockets beneath – and yet he was still moving; still gruesomely, impossibly “alive”. “What the hell is happening?” said school guidance counsellor Madison Clark (Kim Dickens). “I have no idea,” replied her teacher husband, Travis (Cliff Curtis). İt was a moment that articulated the dramatic irony at the heart of the show: the characters on screen (all of whom, of course, had apparently never heard the word “zombie”) might have been confused and scared, but Walking Dead fans would have known exactly what was going on. At the start of the original series, sheriff’s deputy Rick Grimes (Andrew Lincoln) awoke from a coma to find a world transformed: a virus had spread across the globe, turning most of its inhabitants into walking corpses. Here, audiences got to watch the transformation in its infancy. (http://www.telegraph.co.uk)