England lose nerve-shredding shootout 3-2 to Italy in Euro 2020 final ! Italy are the champions of Europe 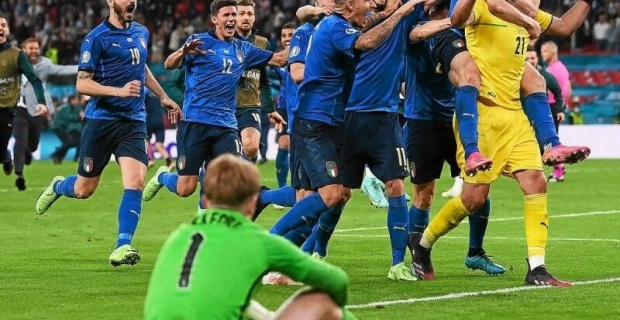 Vatan Oz/AVA-London-England lose nerve-shredding shootout 3-2 to Italy in Euro 2020 final.Shaw's volley & Bonucci equaliser take it to extra time and penalties.Rashford, Sancho & Saka all miss penalties in shootout, Pickford saved from Belotti & Jorginho.Three Lions' wait for first Euros title & first major tournament victory since World Cup in 1966 continues.England's hopes of ending a 55-year wait for a major trophy were crushed in heartbreaking fashion as they lost 3-2 on penalties to Italy in the final of Euro 2020 at Wembley. 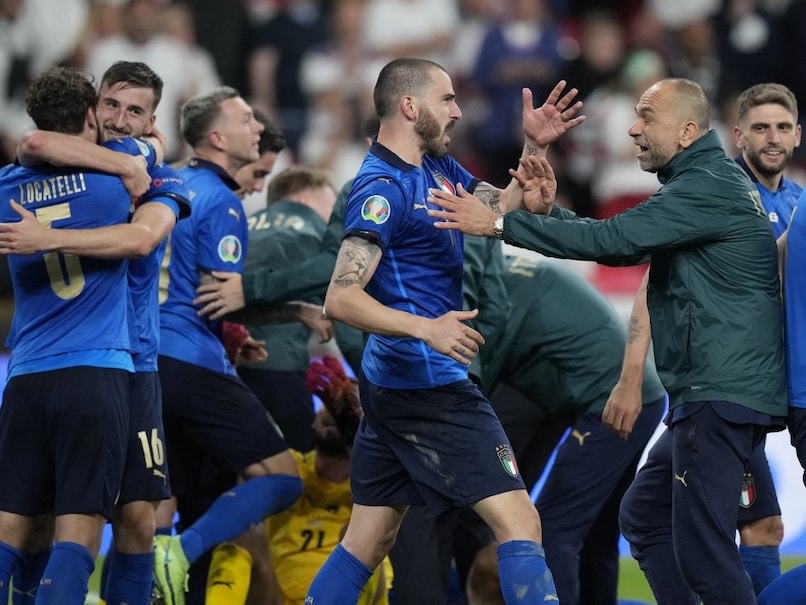 In their first men's final since 1966 and playing in front of a vocal crowd of around 60,000, England made the dream start when they scored in just the second minute, Luke Shaw volleying in superbly after a quick counter.But Italy slowly started to gain control of the game and equalised midway through the second half when Leonardo Bonucci stabbed in from close range after a scramble from a corner. England struggled to find their composure but managed to hold on to take the game to extra time and, after another nervous 30 minutes, penalties were needed to separate the two sides.

Keywords:
Italy In Euro 2020 FinalItaly 1-1 EnglandGianluigi DonnarummaUefas Player Of The Tournament
Your comment has been forwarded to the administrator for approval.×
Warning! Will constitute a criminal offense, illegal, threatening, offensive, insulting and swearing, derogatory, defamatory, vulgar, pornographic, indecent, personality rights, damaging or similar nature in the nature of all kinds of financial content, legal, criminal and administrative responsibility for the content of the sender member / members are belong.
Related News