If England triumph, government could declare extra bank holiday on July 12 after final game at Wembley against Italy 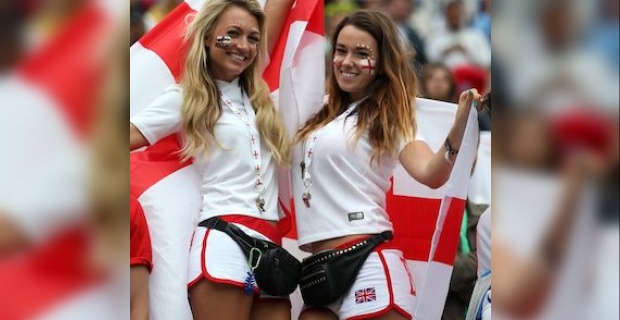 Ahmet Gurhan Kartal - Anadolu Agency/LONDON-Millions of Brits poised to start a new workweek next Monday may have a lie-in instead if England wins the Euro 2020 championship the night before.The government is weighing the option of declaring Monday, July 12 an extra bank holiday if the football team wins the Sunday final against Italy, which would be a success unseen in over a half-century, since the 1966 World Cup.Asked about the prospect of extra time off for millions celebrating the cup win, Prime Minister Boris Johnson signaled it could happen, but hedged his bets, saying: “I think that would be tempting fate; let’s see what happens.”

A spokesman for Johnson also said: “I don’t want to pre-empt the outcome of Sunday’s match. Clearly we want England to go all the way and win the final, and then we will set out our plans in due course.”The final game at Wembley stadium will start at 8 p.m. (1900GMT) and end just before 10 p.m. (2100GMT) if the game is completed in 90 minutes. If it ends in a draw, extra time and possible penalties would bring the end time closer to 11 p.m.

Thousands of people across the country, and especially in London, are expected to celebrate till the morning hours if England captures the cup.

Celebrations on Wednesday, after England’s win over Denmark, saw thousands of fans swarming around Wembley and in central London, celebrating the first major success in decades, disregarding government advice to keep social distancing.Strict policing measures were in place in central London before and after the Denmark match, and at least 20 fans were detained in clashes in Piccadilly Circus.A possible England win would see even bigger crowds descending onto central London and in major hubs in other cities Sunday evening.

Keywords:
EURO 2020England Fans
Your comment has been forwarded to the administrator for approval.×
Warning! Will constitute a criminal offense, illegal, threatening, offensive, insulting and swearing, derogatory, defamatory, vulgar, pornographic, indecent, personality rights, damaging or similar nature in the nature of all kinds of financial content, legal, criminal and administrative responsibility for the content of the sender member / members are belong.
Related News