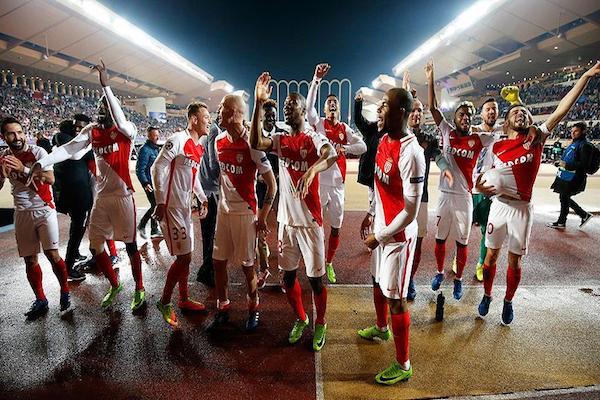 Monaco, following their 5-3 defeat in the first leg, managed to edge out Manchester City with a score of 3-1 at home.

The French team, needing at least a two-goal deficit to advance to the quarter-finals of Europe's biggest club competition, found the decisive goal with 13 minutes to go, thanks to a header by 22-year-old Tiemoué Bakayoko.

Monaco advanced on a 6-6 aggregate.

In the other match of the evening, Atletico Madrid avoided making mistakes to draw 0-0 with Leverkusen on their home turf, giving them the ticket to graduate with a 4-2 aggregate.

After the matches, the roster of this season's confirmed quarter-finalists is made up of Atletico Madrid, Barcelona, Bayern Munich, Dortmund, Juventus, Leicester City, Monaco, and Real Madrid.