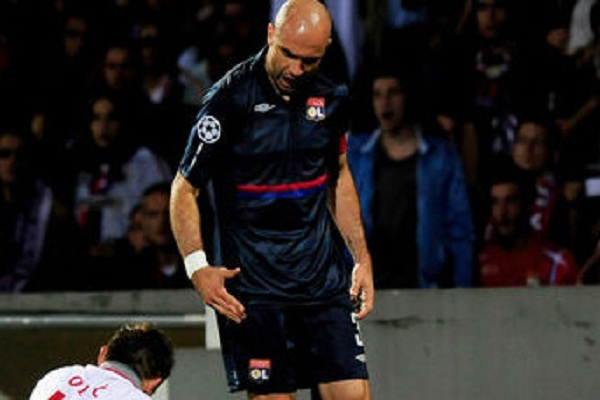 Being born in 1977 in Guarulhos, São Paola, Cris began his football career at the local Corinthians where he became a professional player in 1995. Cris was signed by Cruzeiro in 1999 and the same year he was invited to the U23 national squad. The next year Brazilian magazine Placar named him among the ideal team members along with legendary players.

In 2003 Cris was given on loan to the German Bayer Leverkusen but played there for only half a season. The following year he was transferred to the French giant Olympique Lyonnais.

In the beginning of 2007-2008 season he was named the team captain and nicknamed “Le Policier” by the Lyonnais fans. However the same season, an unfortunate knee injury during the game versus Toulouse kept him away from the fields for almost a year. During his eight years at the French football club he experienced four league championships and played at 60 games of UEFA Champions League. He has so far been instrumental of winning a total of 16 championship cups both in Brasil and France.