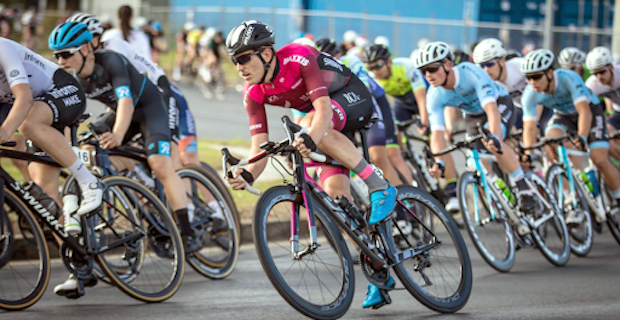 British cyclist Max Stedman won first place in the overall standings of the Tour of Antalya on Sunday. The fourth and final stage was held on a 136-kilometer (84-mile) track between the resort town of Side and the city of Antalya. Tim Merlier, 23, who rides for the Alpecin-Fenix Cycling Team, won the fourth stage in two hours, 57 minutes and 31 seconds Filipe Fortin of the Felbermary team was the runner-up and Lucas Carstensen from the Bike Aid Pro Cycling Team came third in the tour.

With the results, the “Magenta” colored jersey was presented to Stedman of the Canyon DHB team while the Alpecin-Fenix team came in first in the team rankings.

The race on the Turkish Mediterranean coast previously gained a 2.1 class designation from the calendar of cycling’s governing body, Union Cycliste Internationale (UCI).

At least 80 teams from around the globe applied to compete, but only 29 were selected.

The third edition of the Tour of Antalya began with 174 cyclists from 23 countries.

A "Stop violence against women" race will be featured on the last day to raise awareness on the issue.

Keywords:
British CyclistTour Of Antalya
Your comment has been forwarded to the administrator for approval.×
Warning! Will constitute a criminal offense, illegal, threatening, offensive, insulting and swearing, derogatory, defamatory, vulgar, pornographic, indecent, personality rights, damaging or similar nature in the nature of all kinds of financial content, legal, criminal and administrative responsibility for the content of the sender member / members are belong.
Related News