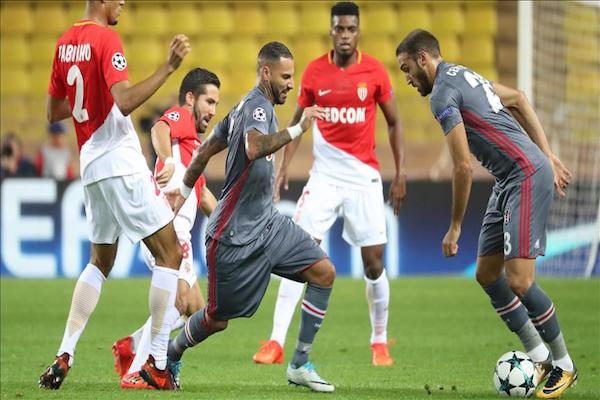 AvrupaLondon - Turkish soccer team Besiktas defeated French rival AS Monaco 2-1 Tuesday in an away match of the UEFA Champions League’s Group G.Striker Cenk Tosun of the Black Eagles scored in each half and led the team to victory.Radamel Falcao gave Monaco the lead in the 30th minute of the match, but Tosun equalized in the 34th minute, with the first half ending at 1-1.In the second half, Tosun scored the winning goal in 54th minute.With Tuesday’s victory, Besiktas maintained their perfect Group G record with 9 points as the Istanbul team won all three matches in the group level.They also became the first Turkish team to achieve this record. Moreover, this is the first time Besiktas won against the French team in an away match.In the other Group G match, Leipzig claimed its first-ever Champions League win with a thrilling 3-2 success over Porto.With each team completing its third match, Leipzig currently has four points, Porto three and Monaco one.