Despite losing 3-2 to Bayern Munich at the Allianz Arena. 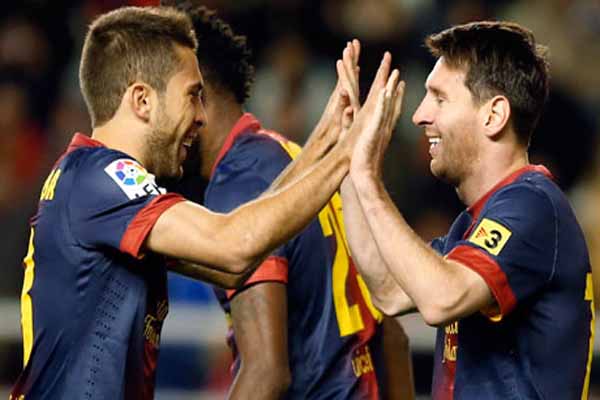 Luis Enrique’s men, who completed a 5-3 aggregate victory at the Allianz Arena, were handed an early scare when Medhi Benatia headed Bayern into a seventh-minute lead but two away goals from Neymar completed a first-half turnaround that effectively killed off home hopes. Bayern Munich produced a comeback of their own in the second half thanks to goals from Robert Lewandowski and Thomas Muller, but it was not enough to stop the La Liga leaders from booking their place in next month’s final at the Olympic Stadium in Berlin. Barcelona, who kept their La Liga, Copa del Rey and Champions League treble dream alive, will attempt to win their fifth European Cup and first since 2011 against either Real Madrid or Juventus, who play on Wednesday evening - live on Sky Sports.