What is coming with the state of emergency

When is a state of emergency declared 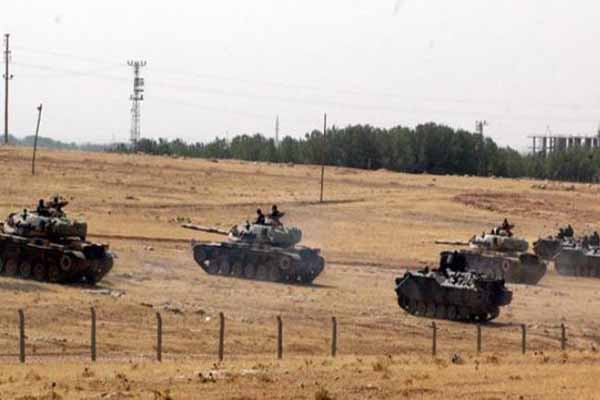 Turkey’s declaration of a three-month state of emergency following a deadly coup attempt late Friday has raised questions over what is to come in the possible three months ahead.

"The purpose of the state of emergency is to most effectively and swiftly take steps necessary to eliminate the threat to democracy in our country, the rule of law, and the rights and freedom of our citizens," Turkish President Recep Tayyip Erdogan said late Wednesday.

The attempted coup aimed to oust Turkey's democratically elected government, killing at least 246 people and injuring more than 1,500 others, as they took to streets to protest attacks by rebel soldiers.

When is a state of emergency declared?

According to the Turkish Constitution, the state of emergency can be declared for a maximum period of six months when serious indications of widespread violence, aimed at removing the free democracy environment or the basic rights and freedoms established by the Constitution, appear; or when the public order is distorted severely due to acts of violence.

Article 119 of the Constitution says: "In the event of natural disaster, dangerous epidemic diseases or a serious economic crisis, the Council of Ministers meeting under the chairmanship of the President of the Republic may declare a state of emergency in one or more regions or throughout the country for a period not exceeding six months."

How are government regulations conducted during the state of emergency?

The parliament may alter the duration of the state of emergency and extend the period for a maximum of four months each time at the request of the cabinet, or it may lift it completely.

The cabinet chaired by the President can pass a decree law in areas where the state of emergency requires to do so. Those decree laws are published in the official gazette and submitted to the parliament for approval.

These decrees shall be published in the Official Gazette and submitted to the Turkish parliament on the same day for approval.

Does the state of emergency mean martial law?

President Erdogan announced that Turkish Armed Forces will be under the command of governors and they will continue to carry out their duties with the governors during the state of emergency. He also underlined that during that period any restriction on fundamental rights and freedoms will be out of the question.

What measures can be taken in a state of emergency?

The law says there may be limits or bans on people going out; bans on driving, searches on people, or their vehicles, on possessions, seizing evidential values; and obliging people to carry their IDs.

How is coordination ensured during a state of emergency?

If the state of emergency is declared in a province, the responsibility and authorization will go to the governor of that province.

If it covers more than a province, there will be "regional governors of the state of emergency," who will carry out all the necessary work.