US ambassador to Syria steps down

US ambassador to Syria, Robert Ford, has announced that he is stepping down from his post. 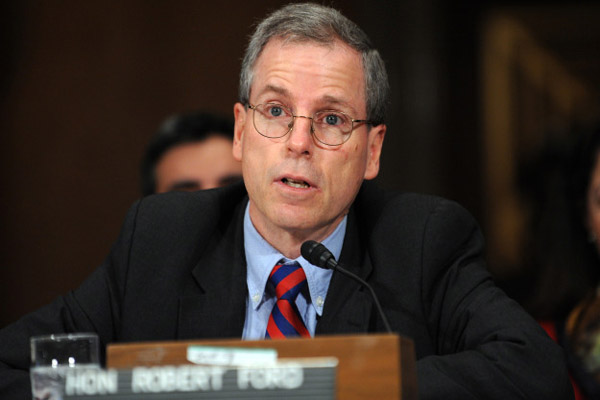 Having served as a diplomat for 30 years, Robert Ford has decided to step down from his post in Syria, which he held since January 2011, after the failed Geneva II peace talks.

"From the outbreak of the crisis, Ambassador Ford has worked tirelessly in support of the Syrian people in their pursuit of freedom and dignity," said Department of State Spokesperson, Jen Psaki, in a statement late on Friday.

"As we continue preparing for a new Syria, his legacy will guide our efforts to support Syrians and lay the foundation for a more hopeful future," she added,

Deputy Assistant Secretary, Larry Silverman will take over on an interim basis, it has been revealed.