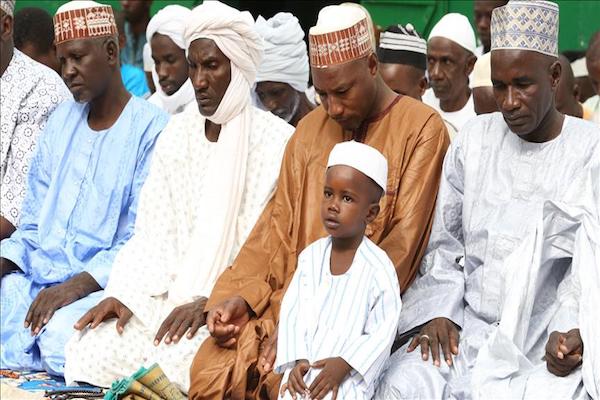 Ricardo Sunga, chairman of the UN's Working Group of Experts on People of African Descent, announced results of a fact-finding visit to Germany at a news conference in Berlin. "Muslims of African descent are facing increasingly difficult times in the enjoyment of their rights due to increased Islamophobia and Afrophobia,” he said. While praising Germany’s promotion of human rights and diversity, Sunga expressed concern over widespread problems faced by Africans, and said Muslim Africans often become victims of discrimination in the workplace or in schools.

"Muslim women of African descent face further discrimination when it comes to access to the labor market," he said, referring to discrimination against them due their appearance or Muslim dress.

"Many Muslim students of African descent describe their experiences in school as traumatic as they experience not only anti-Black racism but also anti-Muslim racism,” he also added.

The UN’s expert group visited Germany this month to monitor the human rights situation of people of African descent in Germany, whose population estimated at 800,000.

Sunga called on the German authorities to take stronger measures to combat all forms of racial discrimination, xenophobia, Afrophobia and related intolerance.

He also urged Germany to recognize its responsibility in mass killings committed in its African colony Namibia in the early 20th century.

"Germany should recall its own share in the history of colonization, enslavement and genocide, and use a reparatory justice approach as a way forward. The Ovaherero and Nama people must be included in the negotiations currently ongoing between the German and Namibian governments,” he said.

The Namibia killings are considered to be the first genocides of the last century and were carried out against the Ovaherero and Nama peoples in southwestern Africa by the then German empire.

Germany’s government has acknowledged its historical and political responsibility towards Namibia, and also provided significant amount of development aid to the country.

But it has dismissed negotiations with the victims’ descendants, and ruled out paying financial compensation to them.