William Hague said Sunday that the UK was working on allowing some Syrian refugees into the country. 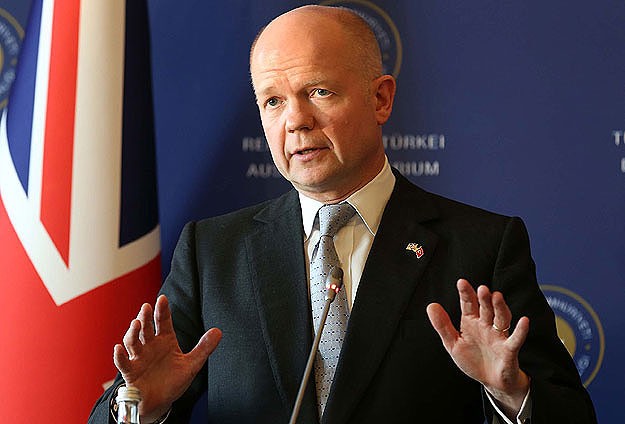 "There is a case for particularly helping people who are particuliary vulnerable," he said.

The matter is the subject of heated debate in the U.K.

Asked if there were plans to admit refugees who belong to specific ethnic or religious groups, perhaps Christians or others, Hague said the government was working on helping people who were particularly at risk of violence.

As peace talks continued Sunday in Geneva, Hague said the real test of the talks was yet to come.

Hague called the question of whether Syrian President Bashar Assad would step down the "biggest sticking point of all."

"Nobody can rationally imagine Syria ever being led again after this terrible oppression and murder of so many people by the same person."

The foreign secretary also said his government was concerned that UK citizens fighting in Syria could bring the violence back to Europe. And he said that was another reason the war must end.

"The longer it goes on, the greater these dangers are," he said.

He made his comment in an interview with the journalist Andrew Marr, who regularly interviews politicians and newsmakers on his Sunday morning program.