EU Council president Donald Tusk said he was "encouraged by progress" and a deal on Ireland, the "divorce bill" and citizens' rights was "getting closer 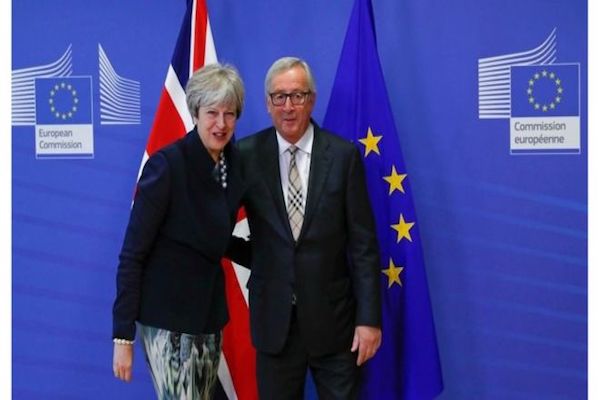 AVRUPALONDON - There are increasing indications that an agreement on the first phase of Brexit talks is about to be struck. EU Council president Donald Tusk said he was "encouraged by progress" and a deal on Ireland, the "divorce bill" and citizens' rights was "getting closer". Theresa May is meeting EU figures in an attempt to finalise the deal ahead of a summit in 10 days' time. Belgian MEP Philippe Lamberts told the BBC's Laura Kuenssberg that the UK had made a concession on the Irish border. The BBC's political editor said Mr Lamberts had said the UK was prepared to accept that Northern Ireland may remain in the EU's customs union and single market in all but name. But, she stressed, the BBC has not seen the draft document nor has it been signed off.

Downing Street sources also told her they were cautious as to whether a deal would be done in Brussels on Monday, with one source saying: "There are still moving parts".
Mrs May is meeting European Commission president Jean-Claude Juncker and Donald Tusk, the president of the European Council.
Scottish First Minister Nicola Sturgeon reacted to reports that Northern Ireland could retain "regulatory alignment" with the EU by saying there was "surely no good practical reason" why other parts of the UK could not do the same.
And Mayor of London Sadiq Khan tweeted that there could be "huge ramifications" for the capital if the country was given this deal, suggesting he would seek something similar.
While the Republic of Ireland's prime minister, Leo Varadkar, is expected to make a statement later, DUP leader Arlene Foster has said her party "will not accept any form of regulatory divergence" that separates Northern Ireland from the rest of the UK.
She went on to accuse the Republic of Ireland of "seeking to unilaterally change" the Good Friday Agreement - the peace deal that brought an end to the Troubles - without the DUP's "input or our consent".
"Of course we will not stand for that," she added.
Mr Tusk represents the leaders of the other 27 EU members, who all need to agree for there to be a move to the next phase of talks.
The UK voted for Brexit last year and is due to leave in March 2019, but negotiations have been deadlocked over three so-called separation issues.
BBC NEWS