Erdogan, Obama to discuss evidence of chemical weapons use as well as Israel relations 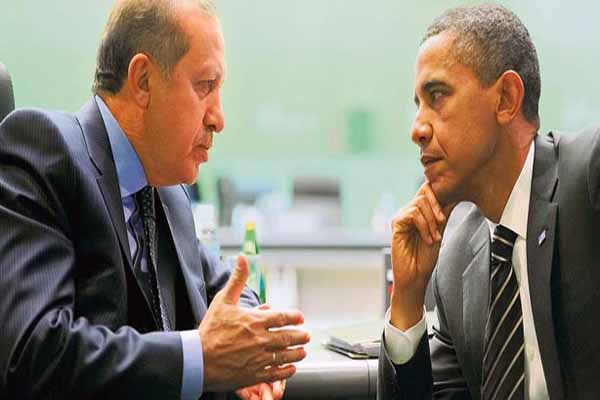 Turkey's prime minister will push U.S. President Barack Obama for more assertive action on Syria during a visit to Washington this week, days after car bombs tore through a Turkish border town in the deadliest spillover of violence yet. The bombings in Reyhanli, which killed 50 people on Saturday, and activists' reports of a massacre of Sunni Muslims in a Syrian coastal town have incensed Tayyip Erdogan, already critical of the slow international response to the conflict. The risk of Syria's chaos spreading will top the agenda in Erdogan's talks with Obama on Thursday, but the wide-ranging meeting with one of Washington's Middle Eastern allies is also expected to cover Turkey's nascent reconciliation with Israel and its deepening energy ties with Iraqi Kurdistan.

Turkey has thrown its weight heavily behind the two-year uprising against Syrian President Bashar al-Assad, allowing the rebels to organise on its soil and sheltering 400,000 refugees.

But Ankara resents a sense that Western allies are cheering it along while offering little in the way of concrete support.

"Of course Syria will be our main topic ... We will draw a roadmap. Turkey has been damaged more than any other country," Erdogan told reporters before boarding his plane to Washington.

Washington sees Turkey, which shares a 900 km border with Syria and has NATO's second-largest army, as key to planning for a post-Assad Syria and is expected to push for Erdogan's support in arranging a proposed peace conference also backed by Moscow.

U.S. Secretary of State John Kerry said he expected the conference to be held in early June, although Western leaders including Obama have dampened expectations that a civil war, estimated by the British-based Syrian Observatory for Human Rights to have killed over 94,000 people, can be doused soon.

Assad's government has said it wants specifics before it decides whether to take part, while Syria's main opposition coalition has said it will meet in Istanbul on May 23 to assess whether it will join.

"Our objective is to ensure Assad cedes power to a transitional authority. We are hoping that what (Russian Foreign Minister Sergei) Lavrov and Kerry announced will be within those parameters," a senior Turkish government official said.

Turkey long advocated a no-fly zone to create safe havens within Syria but the idea failed to gain much traction among Western allies. It has since said it favours greater support to the opposition over military intervention, though some Turkish officials said a no-fly zone could come back under discussion.

Erdogan and Obama are also expected to confer on any evidence of chemical weapons use by Assad's forces, which the U.S. president has warned would be a "red line", as well as possible deeper U.S. engagement in the conflict.

Turkey has been testing blood samples from casualties, which Foreign Minister Ahmet Davutoglu, who will also be in Washington, said last week indicated chemical weapons use.

Washington has said in recent weeks it is rethinking its long-standing opposition to arming the rebels, although there has been no word on when a decision might be made.

Turkey and the United States have a long history of military and strategic cooperation but ties have often been prickly.

Erdogan and Obama will discuss a host of other regional issues, from Turkey's thawing relations with Israel to its energy deals with Iraq, as well as the division of Cyprus, split between a Turkish north and Greek Cypriot south since 1974.

"The visit is an opportunity for the leaders to coordinate on a broad and substantive agenda, including Syria, Iraq, Middle East peace, Iran and countering global terrorism, among others," a White House official said.

Turkey is not the deferential U.S. ally it once was, its long-standing alignment with Washington has eroded under the decade-old leadership of Erdogan, who has carved out an increasingly assertive and independent role on the world stage.

Its caustic rhetoric on Israel, gold sales to Iran - meant to be under the choke of U.S. sanctions - and deepening energy ties with Iraqi Kurdistan, to the chagrin of the central government in Baghdad, have all been sticking points.

Before leaving for Washington, Erdogan - who will be accompanied by Energy Minister Taner Yildiz - said Turkey had agreed with Kurdistan's regional government and U.S. oil giant ExxonMobil on terms for oil exploration.

Kurdistan is pushing ahead with plans to build its own oil export pipeline to Turkey, despite objections from the United States, which fears it could lead to the break-up of Iraq.

An energy official in Ankara said Turkey could open a neutral escrow account to help share the revenues.

"If the U.S. administration gives the green light, Turkey could take a step forward in this," the official said