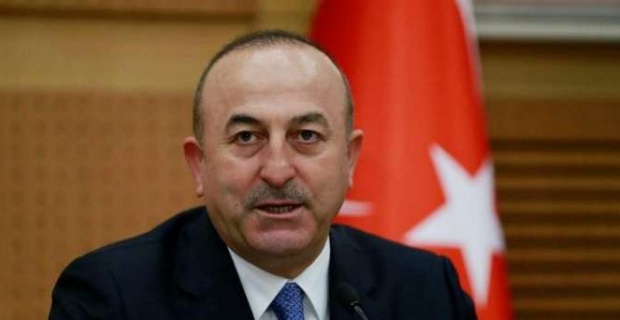 Turkey's foreign minister on Tuesday said Turkish citizens deserve visa-free travel to Europe and that the government continues to work on that.

"Our citizens deserve visa-free travel to Europe. We continue our works to get this unjust requirement lifted," Mevlut Cavusoglu said at a joint press conference with other ministers after 5th meeting of the Reform Action Group in capital Ankara.

Speaking about funding for Syrian refugees, Cavusoglu stressed there are significant delays and disruptions in the EU funding for refugees in Turkey.

"If they [EU] think that they are punishing Turkey, they are wrong," Cavusoglu said.

When asked about the killing of Saudi journalist Jamal Khashoggi, he said several foreign ministers at G20 summit agreed to jointly apply for international probe into the killing.

Referring to the situation in northern Syria, Cavusoglu said if the U.S.'s aim is to train YPG terrorists, it is “profoundly wrong and betrayal to region which Turkey cannot tolerate”.

Also speaking, Turkish Minister of Interior Suleyman Soylu said Turkey is a country that prevents not only migration, but also terror and drug smuggling from reaching Europe.

In this regard, Turkey is an irreplaceable country from Europe’s perspective," he said.

Soylu also said Britain and Germany tend to come to a clear line with Turkey over PKK terror group.

Also speaking at the joint news conference, Treasury and Finance Minister Berat Albayrak said the third meeting of High Level Economic Dialogue with the EU would be held in February 2019.

A joint statement released after the news conference said both the EU and Turkey will benefit the immediate beginning of negotiations to update Customs Union.

It also said Turkey expects the EU to increase its political, financial and technical supports in the following period.

Although our EU membership process is being prevented politically, Turkey will continue its works for adaptation to EU standards decisively," the statement stressed.

Keywords:
Turkish Foreign MinisterMevlut CavusogluTurkish Citizens
Your comment has been forwarded to the administrator for approval.×
Warning! Will constitute a criminal offense, illegal, threatening, offensive, insulting and swearing, derogatory, defamatory, vulgar, pornographic, indecent, personality rights, damaging or similar nature in the nature of all kinds of financial content, legal, criminal and administrative responsibility for the content of the sender member / members are belong.
Related News