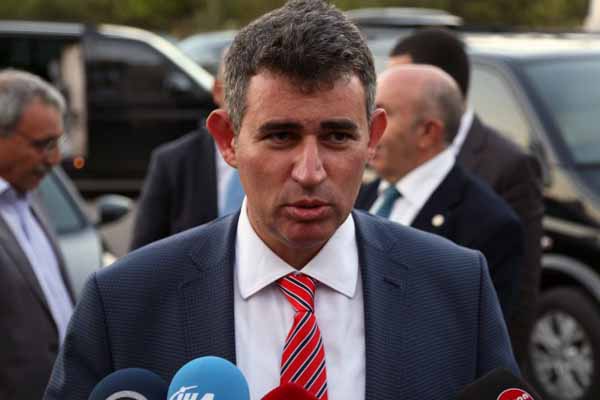 Chairman of Turkish Union of Bars, Metin Feyzioglu has said he will attend the ceremony marking the new legal year after Turkey’s Supreme Court board voted Monday in favor of Feyzioglu holding a speech at the ceremony on September 1. President-elect Recep Tayyip Erdogan had earlier said he would not attend if Feyzioglu addressed the gathering. Feyzioglu gave in May a nearly one-hour long speech that criticized the government during the 146th anniversary of the Council of State’s, the top administrative court, causing Erdogan to storm out of the ceremony. "The Head (of the Council of State) has spoken for 25 minutes, you have been speaking for more than an hour,’" Erdogan said. "You are misbehaving, and your statements are false." Erdogan, following his election to the top state post, said he would not attend the September 1st ceremony if Feyzioglu gives a speech. After a meeting Monday with Erdogan, head of the Supreme Court, Ali Alkan, said the President-elect would "probably not attend" because of his previous statements. "I have seen how insistent our President is in his statements to the press," Alkan said. "This is a decision that we have made, and its assessment belongs with the public."