AVA, According to the strategic dialogue agreement, the two foreign ministers will meet at least once a year to discuss the course of the dialogue 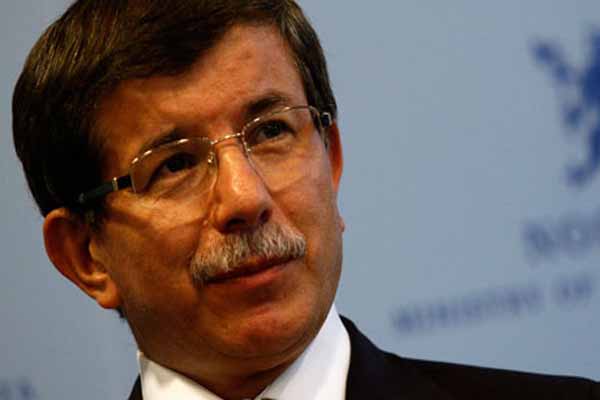 The Turkish and German foreign ministers on Sunday signed a joint declaration to build a mechanism for strategic dialogue between their governments, a move set to strengthen bilateral cooperation amid a stalemate in Turkey's process of accession to the European Union. Foreign Minister Ahmet Davutoğlu signed the strategic dialogue mechanism agreement with his German counterpart Guido Westerwelle in Berlin. The mechanism aims to help bilateral relations flourish, solve current problems and come to a consensus on conflicting opinions between the two countries. It also aims to build a better cooperation in regional and global issues.   According to the strategic dialogue agreement, the two foreign ministers will meet at least once a year to discuss the course of the dialogue, while deputy ministers from Turkey and Germany, as well as undersecretaries will hold a series of talks during the year.   As part of Davutoğlu's Germany visit, the Turkish foreign minister reiterated Turkey's determination in following the neo-Nazi killings. Davutoğlu said on Saturday that Turkey was determined to keep a close eye on the case of neo-Nazi killings of 9 Turks, stressing the need to discover the realities behind the racist murders.

“It is a must to discover what is under this iceberg [referring to killings]. It is such a significant issue that it cannot be evaded by seeing [these killings] as acts of 3-4 impertinent people,” Davutoğlu said in Berlin during a meeting with Turkey's consuls general serving in Western European countries.

Noting that Turkey did not attribute crimes to the nation due to these killings, Davutoğlu said, however, questions still remained unanswered. “We do not see all German people as guilty. However, we will closely follow those who committed the murders and those who encouraged them,” added Davutoğlu, the Anatolian news agency reported.

The trial of Beate Zschäpe and four alleged supporters of the National Socialist Underground (NSU) group, who stand accused of the murder of 10 victims, eight of whom were Turks and one a Greek immigrant as well as a policewoman, started in the Higher State Court of Munich last Monday.

"What upset us is that the German government long failed to realize that the racist gang came from German society and instead considered the Turks as a potential risk," the Turkish foreign minister was reported as saying by AFP agency.

Davutoğlu called on Europeans to self-criticize in issues involving xenophobia and criticized the attitude of main suspect Zschäpe during the NSU trial. The relaxed and cheerful attitude of Zschäpe attracted the attention of press members and the families of the victims, who had their first opportunity to come face-to-face with Zschäpe, whose demeanor and resolute silence since her arrest have left people struggling to make sense of her motives.

As opposed to the unacceptable attitude of the main suspect in the NSU trial, Davutoğlu praised the families of the victims for their dignified stand and self-confidence during Monday's trial.

"Turks are essential and indispensable elements of this society," said the Turkish foreign minister and added, “Turks in Germany should not be inward-looking, nor should they become stuck in ghettos but instead should be self-confident and open up to the whole of Europe," according to AFP.